What’s Are The Best Programming Languages To Learn If You Want To Work At A Big Software Company in 2018?

As we all know Software development is one of the most dynamic fields in the world. It plays a crucial role in devices such as smartphones, tablets, laptops, smart TVs and much more. So in order to develop software for them, you need to learn different programming languages and there are tons of Programming Languages which might confuse you with a question by Where to Begin from?. Well, I am here to your rescue. Here I list the best programming languages to learn in 2018.

The good news is that as you begin your journey as a software developer, you’ll start to discover which programming language will be most suitable for your caliber. Before picking the right language you must have an answer to all the questions listed below:-

You will get all answer one by one by reading the list below:-

Best Programming Languages to learn in 2018 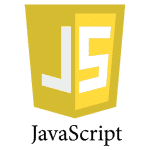 These days it is quite impossible to develop a website without using Javascript. After learning HTML and CSS this is the most preferred language to learn as it makes web pages more dynamic and functional. Over the past 6 years, this is the most favorite language of the web developers. It is very essential for the front end part as well. Even big tech giants such as youtube, twitter, Gmail and Facebook use javascript to make their web pages dynamic and interactive. It can also be used on the server side using Node.js. This language is very demanding because of its functionality and industrial growth.

Swift is the fantastic start for iOS developers. If you are a big fan of Apple products and want to develop apps for iPhones and iPads then you have to learn swift for it. Swift coding is mainly done in Xcode IDE (integrated development environment) software exclusively for Apple. It is widely used to develop apps for iOS and macOS. Developers use Swift to build powerful, high-performance, native iOS, macOS and Linux apps. Swift is intended to be a faster and easier to debug than its predecessor Objective-C. In addition, Apple isn’t going anywhere and iOS apps continue to be the most profitable in the mobile app marketplace.

Also Check out – Best Programming Languages of 2018, according to GitHub

Python is also very popular among developers because of its syntax simplicity. Anyone can learn it from his/her initial stage in the field of software development. It is a general-purpose programming language used for web development and many software development projects. It’s also widely used in scientific computing, data mining and machine learning. Its demand is increasing every year at a good pace which makes it count third in our list. 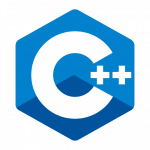 C++ is also a general purpose object-oriented programming language used to develop highly secured software. it is used for system and application development. Even game developers use c++. Many programmers find C++ complex and more difficult to learn rather as compared with java and python. But this particular language dominated the Software industry for a long time. 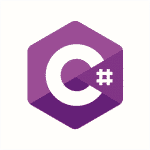 Mainly pronounced as C-sharp. This language too is a great option in 2018. C# is an object-oriented programming language from Microsoft which is designed to run on Microsoft’s .NET framework which ultimately makes development quicker and easier as compared with Microsoft’s previous languages. It powers many Windows and .NET apps for desktop, tablet, mobile, and web applications.

Most developers use PHP for web development. Its a server-side language used for scripting web pages on the internet. In simple words, it handles the information process on servers and how will server handle a webpage. Basically, it falls under the category of back-end development. The PHP developer is well paid by the authorities and firms as it holds a major role in the working flow of information on the internet.

One of the best object-oriented programming languages to learn, that is in demand widely in the market available is Java. This language is very constant in part of a programmer’s life. The language has been around since the 1990’s and is an open source, free to use for the masses. Some experienced developers say this is the first language to start as a developer. I prefer the same concept too. Mostly used in popular android games like temple run. 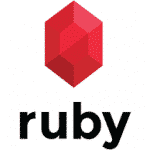 Ruby and python were introduced at the same time. But unfortunately, it didn’t gain popularity as python did. Ruby is suitable as its rails framework; this development made web development extremely intuitive. In simple words like black coffee, Ruby isn’t for everyone. Ruby is as easy as python. So you can figure it out by yourself about Ruby. It is used to develop security tools for social websites. For example, Twitter was made with the help of Ruby language. 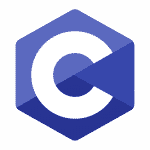 The good old C programming language. This language is one of the oldest programming languages in world which is still in use today. It was early adopted by Tech giants such as Apple, Microsoft, and Oracle. Due to its less run-time its a perfect choice in keeping systems lean. It is highly recommended for beginners as it has very simple and clear syntax rules and anyone can adapt it in just no time. This was also the first language that I learned in my college days. I simply enjoyed the experience and my first program was to say hello before user’s name. To sum it up, it is the one of the best programming languages  to learn, even for beginners. 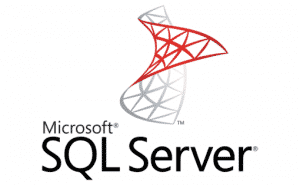 The term SQL stands for the standard query language. Despite the presence of other database languages it is still on the top from past 4 years. The reason being its simplicity, reliability, ubiquity and an active community that does a lot to keep this open source language around. SQL is typically is easier for a beginner.

So these were some of the best picks regarding Best Programming Languages to learn in 2018. If you have any better suggestion let us know in the comment section below.