Python was developer’s first choice when it came to simplicity and machine learning implementation. But now a new language called Julia is about to take over python very soon according to developer-focused analyst RedMonk.

Julia is not that much new actually it was available since 2012. Last week, analysts from the TIOBE programming language index noted that Julia for the first time made its top 50 list.

Stephen O’Grady, the co-founder of RedMonk, has also observed the growing interest in Julia which rose three spots to 36th place over the past three months, according to its latest rankings. It also was the fourth quarter in a row it’s grown, up from 52nd spot a year ago.

Its growing popularity could be explained by Julia’s four makers outlined when they unveiled it in 2012: to create a perfect language that suited their tasks in scientific computing, machine learning, data mining, large-scale linear algebra, distributed and parallel computing too.

“We want a language that’s open source, with a liberal license. We want the speed of C with the dynamism of Ruby” they wrote. 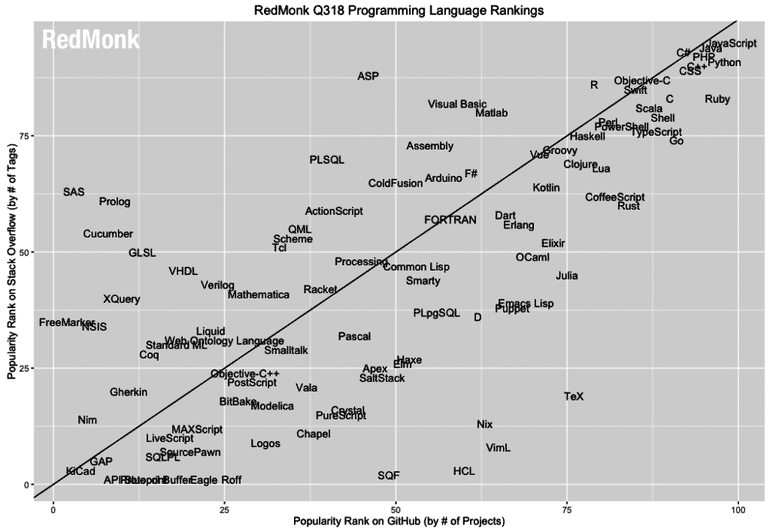 According to them they also ran a company called Julia Computing where Julia has been downloaded two million times. O’Grady says Julia’s steady rise makes it one to watch but added that “the esoteric nature of the language may yet relegate it to niche status”.