What Is Java Library?

One of the biggest traits of well experienced and extraordinary java developers is to have extensive knowledge of API including JDK and third-party libraries. So Java Library is a set of dynamically loaded libraries that can be called by java applications during runtime. There are lots of Java libraries out there and it’s hard to sort them all.

They also play an integral role in the open source ecosystem. After all, it’s hard for a library to exist without a community putting in the efforts to support and develop it. So they generally have great communities working behind them.

Java libraries are used to serve multiple purposes such as providing facilities like:

In this article, we are providing you with Top 10 Useful Java libraries which you can implement right away in your code to make it more efficient.

You might be thinking that we said something unuseful but its a fact. Java standard libraries are the most underrated libraries for java. They offer so much power to the programmer such as:-

The term ‘JHipster’ comes from ‘Java Hipster’, as its initial goal was to use all the modern and ‘hype’ tools available at the time. Jhispter is basically a development platform. Its a free and open source application generator widely used to develop all modern web applications and microservices. Here you can develop Angular web applications and also deploy Spring Boot. It saves a hell lot of time and I personally find this very useful. It also allows you to create a full-fledged application ranging all the way from Front-end to Back-end.

The main and most important libraries, which are included in the generated project are:

Maven is simply a project management software primarily for Java projects. It follows two different aspects. First, it describes how software is built, and secondly, it describes its dependencies. Sometimes I wonder how it was even possible to create enterprise applications prior to its creation. Maven dynamically downloads Java libraries and Maven plug-ins from one or more repositories. It is built using a plugin based architecture. If you’ve never used Maven before, you’re missing out so in our frank opinion you should give a try to Maven.

Apache Commons is a project focused on creating java libraries. The main purpose of this is to provide reusable open-source Java software. Commons Proper is dedicated to one principal goal: creating and maintaining reusable Java components. You can also learn more about its further parts such as proper, sandbox and dormant by clicking here.

Here is a shortlist of some of the best and most commonly used libraries:

Guava is also an open source java-based library from Google. It allows us to do best coding practice and at the same time also helps in reducing code errors. It is a library used for extending the basic Java collections functionalities. You can learn more about Guava by following this tutorial link.  I find this utility absolutely helpful for programmers. One of my most favorite components in this library is: 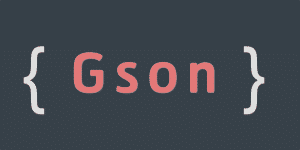 If you want to convert Java objects into JSON then Google-gson is a boon for you. The Gson library was originally developed for internal purposes of Google, This library was found extremely helpful to develop mobile applications. You can also create API’s with this and also convert a Java Object to its JSON representation and vice versa. 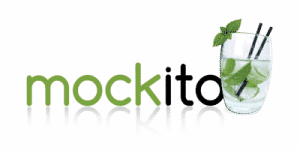 It’s an open source Java testing framework release under MIT Licence. Mockito enables you to create mocks and write with simplest and easier code. It basically distinguishes itself from other mocking frameworks to verify the behavior of a system under test. In order to learn more about it click here.

Junit is a free software used for writing unit tests. Its important for test-driven development. It allows us to conduct repeatable tests on a code as well. A research survey performed in 2013 across 10,000 Java projects hosted on GitHub found that JUnit, (in a tie with slf4j-api), was the most commonly included external library. You just need to be careful not to get obsessed with the numbers (% code coverage). Bigger code coverage does not always mean better and bug-less code.

The above two are both logging frameworks. Apache log4j is a java based logging utility. One of the most recognized features of Log4j 2 is the performance of the “Asynchronous Loggers”.Slf4j represents an abstraction for other logging frameworks (such as Log4j ). On the other hand, Log4j is just a simple logging framework.

You can find more about Log4j here and Slf4j here.

So these were some of the best picks regarding 10 useful java libraries that you must use in your code. If you have any better suggestions let us know in the comment section below.

6 thoughts on “Top 10 Useful Java libraries for your code”