An Integrated development environment or IDE is a software or tool in computer which is used to develop applications, websites, and even software by using multiple programming languages all in one place.

As we all know that developers use numerous tools for coding, testing and compiling.

Those tools can be in the form of text editors, code libraries, test platforms and much more. Without an IDE a developer had to struggle as he might not be able to select, deploy, integrate and manage all of the tools separately.

This is where an Integrated development environment or IDE comes to action and take over this worry away. It provides all those tools under a single framework, application or service. The tool is designed in such a way that it helps in reducing coding mistakes, simplifying the development process and of course integration of various APIs.

Some IDEs are free and open source and some might charge for fee or subscriptions.

Before diving deep into the exploring of IDE we must have to take a look at what its definition has to offer.

What is an IDE or Integrated development environment?

An Integrated Development Environment (IDE) is an application that facilitates application development. In general, an IDE is a graphical user interface (GUI)-based workbench designed to aid a developer in building software applications with an integrated environment combined with all the required tools at hand. Most common features, such as debugging, version control and data structure browsing, help a developer quickly execute actions without switching to other applications. Thus, it helps maximize productivity by providing similar user interfaces (UI) for related components and reduces the time taken to learn the language. An IDE supports single or multiple languages as well.”

Benefits of Using an IDE or Integrated development environment 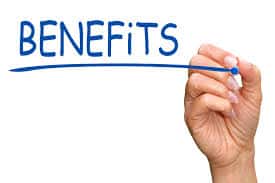 There can be numerous benefits as they offer a great set of features. And the best part is we will be discussing each of them here.

Disadvantages of Using an IDE or Integrated development environment

Despite of some powerful features, this tool also has some disadvantages with it. The first and foremost is the:- 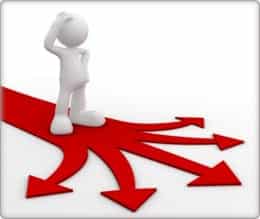 Similar to different locks have different keys, there are different IDEs for a different type of development. In simple words, a developer must have to match its IDE with the application he wants to produce.

For even better understanding if you want to create an application for the iOS platform then you need to install the Xcode otherwise you won’t be able to do it.

Now, types of IDE range from web-based to mobile and cloud-based platform.

Consider the example of Adobe Photoshop. This software is readily available in the offline market and it is also very popular. But of course, it has some price to pay. But if someone can’t afford it and wants to edit some image urgently then surely he or she can opt. for free online service. This is a great option for any time.

Now, talking about offline or online IDEs there are lots of options available. Assuming that you read our article on the best IDEs which we mentioned above, we are providing you with the list of top Online IDEs which you can try right away.

Though we mentioned earlier that, you might choose what fits best for you. But if you are confused and not able to decide which one to choose, then here we are putting our recommendations for you.

For Windows users – If you are a windows user and wants to develop websites, web applications, windows based apps, or computer games then Microsoft visual studio code is for you. This software is packed with all the features you need and it is also easily available on the internet where you can download it for free.

For Mac Users – If you are a Mac user and a fan of Apple devices and want to make an app for them. Then obviously you will need a separate type of IDE or integrated development environment. The name of it is Xcode. You also need to learn Swift for it. You can download it from Apple’s official website.

IDE is the great software as they come with a bunch of other tools as well. After some struggle of learning, anyone can enjoy its features and also at the same time can be more productive.

So this was all regarding What is IDE?. If you have any suggestions then let us know in the comment section below, would love to hear that.